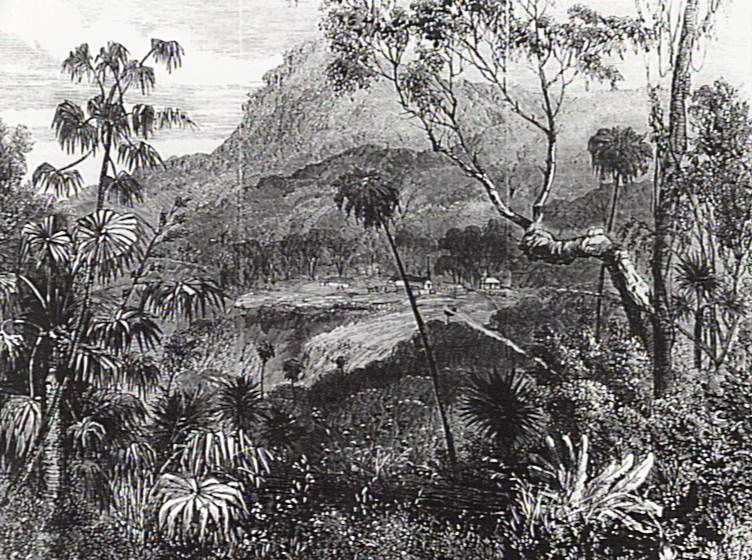 The Pioneer Kerosene Works was the first kerosene mine in Australia. Established in 1865, was located on the northern side of American Creek at Mt. Kembla and was in operation until 1880. The company mined shale oil; an unconventional oil from oil shale rock fragments by pyrolysis, hydrogenation or thermal dissolution. These processes convert the organic matter within the rock (kerogen) into synthetic oil and gas. The resulting oil can be used immediately as fuel or upgraded to meet refinery feedstock specifications by adding hydrogen and removing impurities such as sulphur and nitrogen.

Geologist Rev. W.B. Clarke inspected the site in 1849 and determined that one tonne of shale would produce 50 gallons of crude oil.  In 1865, operations began to mine the shale after W. J. Hamil, an American oil refiner in Melbourne analysed the shale quality revealing to was 25’ higher than the work and 1’9” in thickness. The land the shale was discovered on was owned by John Graham, his brother Edward managed the newly created “The Sun Kerosene Shale and Oil Company“ (also known as “Graham’s Pioneer Kerosene Oil Works”).

The shale was obtained from a shaft cut into a hillside. There were four continuously burning furnaces each heating a nest of five retorts built into the wall in pyramidal form. There were 2 shifts of 12 men operating the company at all times working 6 til 6 either day or night. The 20 retorts in total had to be filled and drawn twice each shift. Each smelting took 6 hours and each retort could hold 200 weight, together over 2 tonnes. Over a 24 hour period, 8 or 9 tonnes of shale would be smelted producing approximately 480 gallons of crude oil.

Production commenced in December 1865 and advertisements appeared late Janurary 1866 for “American Creek Pioneer Kerosene Illuminating Oil” for 45c per gallon or 12c per quart. Rival works at Hartley were selling 4 gallons for 19c in Kiama in 1876.

Approximately 8,711 tonnes was mined from the deposit over the companies lifetime, the oil shale deposit became limited and kerosene market unfavourably fluctuated. John Graham sold his interest in 1874 for $20,000. NSW Mines Department records show a suspension of operations from 1875 to late 1876. In 1877, the company’s sold the north side of the Belmore Basin, in Wollongong, moving all its oil stocks to Sydney and a new company from England formed to begin mining at the site for coal.

The mine was abandoned in 1880. The Mount Kembla Coal and Oil Co. (Ltd.) was established and took over management of the mine. Ebenezer Frank Vickery, Chairman of the Board, officially opened the coal mine on 27th February 1883.

Data of the production of the Pioneer Kerosene Works 1865-1878 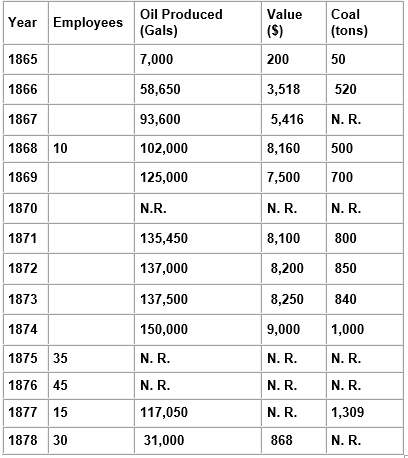 Table from "The Pioneer Kerosene Works at American Creek" (Mt. Kembla), a paper prepared and presented to the Illawarra Historical Society by A. P. Fleming on 3rd August, 1961.

Image from the National Library of Australia