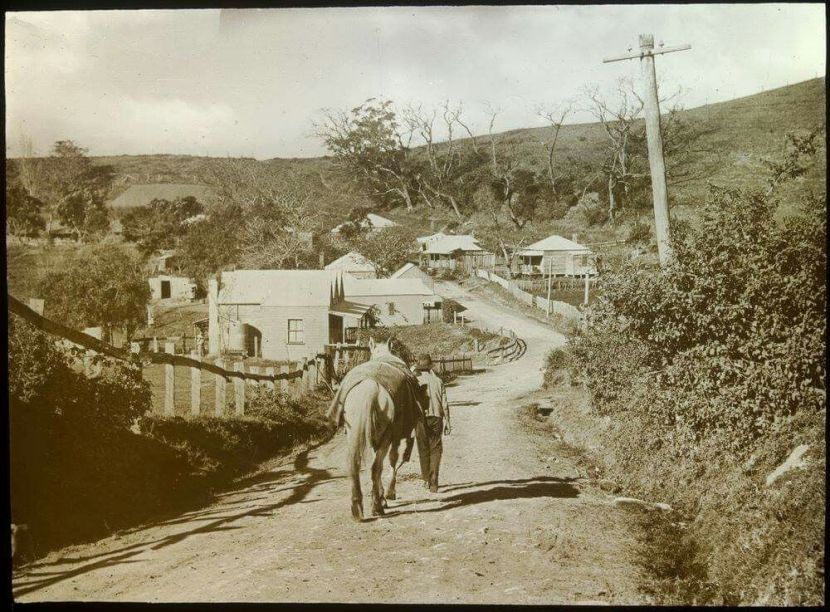 Mt Kembla is the designation of a high point on the Illawarra Escarpment and a village that has become a suburb of Wollongong.  The geographical featu  re - Mount Kembla - was called Hat Hill by James Cook as he sailed northward in 1770.  For the Dharawal people, it was Jumbulla or Djenbella and features in the Alcheringa or Dreamtime as the sister of Djeera [Mount Keira].

Early European settlers were famers and orchardists.  From 1865, coal became the dominant industry for more than a century.  The Pioneer Kerosene works on American Creek used the coal to fuel its retorts. From 1880 the Mt Kembla Coal and Oil Company and subsequent owners extracted and export coal from beneath the mountain. On 31 JUly 1902 and explosion at the mine resulted in the death of 96 men and boys.

Many of the houses in the Mt Kembla and Windy Gully villages were home to mining families.  Their modest weatherboard construction reflect the character of life in a mining village during the Nineteenth and early Twentieth Cenutrries.  From the 1970s, these homes became trendy and highly sought after by incomer families who were attracted by the unspoilt nature of the environment and the relative isolation from suburban Wollongong.  That has changed gradually and some who live in the area now want to build houses out of character with the history of the village.

Indeed many are unaware of the long history of settlement, the achievements of previous villagers, the sacrifices of miners who toiled in poor conditions and the fragility of the natural environment.